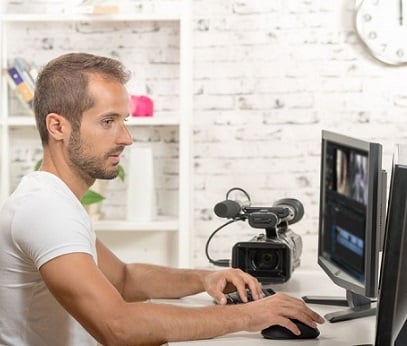 Research released today by NTT DATA UK, a world leader in consulting and IT services, reveals that while 68% of men working in technology believe women have equal progression opportunities in the sector, only a quarter of women in tech agree. Male and female respondents also differ on whether there are enough women in senior positions in technology. The findings reveal a chasm between the perceptions of men and the experiences of women in the sector – a disconnect with worrying implications for tech’s ongoing efforts to address gender inequality.

The technology sector has a well-documented gender imbalance, with women making up only 23% of the STEM workforce in the UK. One part of the problem is attracting female talent to the sector, but many tech firms then struggle in retaining such talent and nurturing women in their careers.

NTT DATA UK’s research findings show women feel they are lacking such investment in their careers. Three quarters of women in tech feel they have fewer opportunities to progress than their male counterparts. Meanwhile, the majority of men in tech (65%) continue to believe that both genders have equal access to progression. A greater proportion of men (35%) than women (12%) also believe there are enough women in senior positions in technology.

Nick Smith, Head of Manufacturing, Automotive and Services at NTT DATA UK, commented: “These findings paint a clear picture of the real problem here, which is the imbalance between women’s experiences and the beliefs of their male counterparts. This must be addressed if we are to progress and ensure the tech sector remains an exciting and progressive place to work. If we fail to make the necessary changes, the sector will miss out on valuable talent that is desperately needed. Through focus, understanding and the willingness to change, we can address this problem. There is plenty of willingness to change. However, we need to see more focus and we need to build a better understanding of workers through improved measurement of job satisfaction.”

Understanding women’s experiences in the sector is vital if the right measures are to be put in place to retain female talent. NTT DATA UK found that 60% of women in tech have considered leaving the tech sector and working in another field. Of those who have considered leaving, 42% cited more opportunities to progress their careers outside the tech sector, and 29% believed they would be less likely to be overlooked for promotion in other industries. Just under a third (30%) of those who had considered leaving reported feeling like there is an underlying gender bias in technology.

When all female respondents were asked what would make them consider staying in the industry if they were thinking of leaving, flexibility around working hours was the most popular response (61%). Support for progression in careers remained a central theme, with 43% saying better training and support in their careers would make them consider staying, and just under half (48%) saying they would like better mentoring and coaching to progress their careers. Better transparency around pay gaps and efforts to rectify pay gaps were cited by 45% of women and a third (33%) said doing more to champion women’s successes in the industry would make them more likely to stay.

Similar themes recurred when female respondents were asked how more women could be brought into senior leadership positions. 70% said more encouragement to re-enter the industry after career breaks would be important, and 65% cited the need to address unconscious biases that act as a barrier to women’s progression. 58% said better mentoring and coaching would help women into leadership roles.

Claire Webster, Chief Financial Officer at NTT DATA UK, commented: “Only with continued concerted action to change attitudes and to provide the right career support will the sector be able to retain its much-needed and much-valued female talent. Flexibility is something women clearly value, and better flexible working policies – including parental leave – for both men and women are essential if the sector is serious about giving women the best opportunities to progress their careers. The more men are encouraged to share childcare through favourable policies at work, the lower the burden on women to take extended career breaks to look after children. That said, women who choose to take a career break must be supported by their organisations, with flexible working policies in place to fully accommodate parents returning to work.”

Looking for speaker and sponsor opportunities? 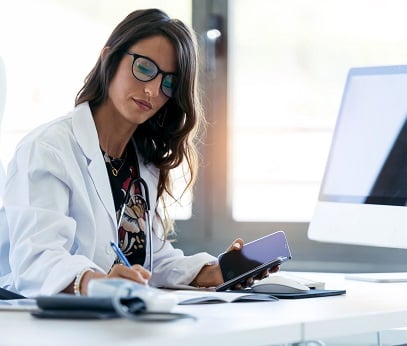 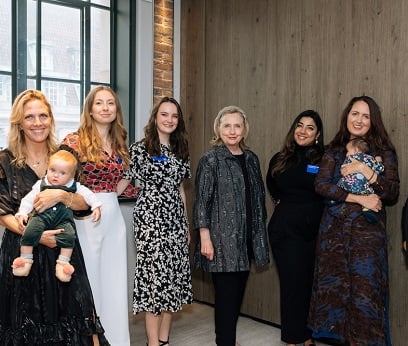 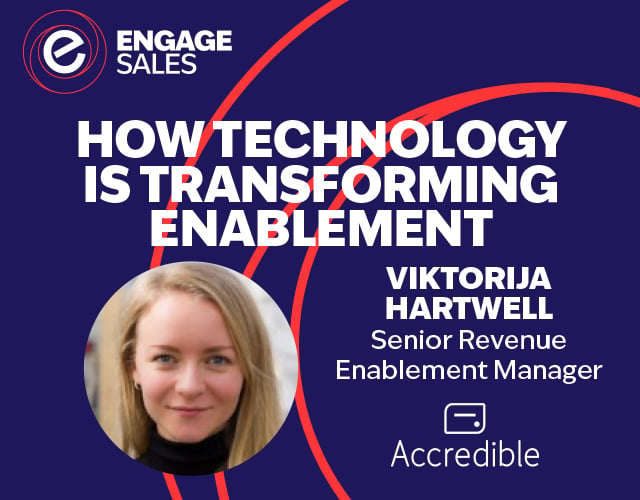 How Technology is Transforming Enablement

As the Sales Enablement Manager for Accredible, the world’s leading digital credential platform, I...

Keep up to date with the latest events, resources and articles.

Sign-up for the Engage Customer newsletter and build a better customer experience.